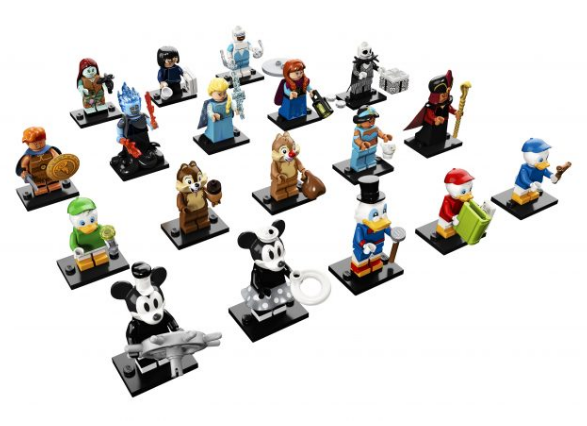 Each of the 7 themes consists of a number of unique and exclusive collection of mini-figures!
The Disney character that are expected are:
Anna and Elsa from Frozen
Hercules and Hades from Hercules
Princess Jasmine and Jafar from Aladdin
Jack Skellington and Sally from Nightmare Before Christmas
Frozone and Edna Mode from The Incredibles
Dagobert Duck and his cousins ​​Huey, Dewey and Louie from Ducktales
Chip and Dale from the Chipmunks
Mickey and Minnie Mouse in vintage black and white version from the classic Steamboat Willie!
We at Team CWJoost are already looking forward to it!